#Adobe: Duct Tape for the "Splinternet"

(Previously titled: "Adobe: Up In The Air")

As folks line up for the iPad, SXSW rages, and the Splinternet splinters, if you own a smartphone or plan to own one, or a tablet, or if you're about to commission an app for one of these platforms, this post is for you.

A couple of years ago, Adobe seemed to have positioned itself smartly for global domination.  The simple logic:

Or for you Mondrian fans, the visual version of Adobe's "All Mine!" 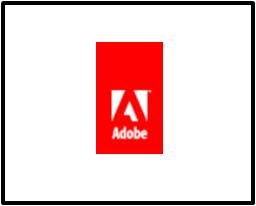 Oh that it were that simple.  So, Apple, also vaguely interested in rich immersive experiences as its path out of the hip hardware niche toward intergalactic domination, plays the digital Soup Nazi: "No Flash support for you!"  Again, for the Visualistas: 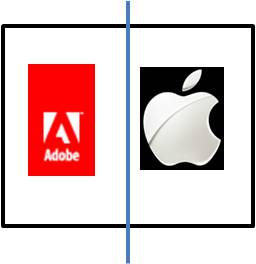 The nerve!  As if that weren't bad enough, there are those pesky evolving standards to stay ahead of.  HTML 5 now rides into town to save the Internet garden from the weedy assault of proprietary browser plugins (Flash, Gears, Silverlight) for supporting rich experiences (read as: need more client-side processing and storage than HTML 4 + browsers could offer).  Like any abstraction, it has performance compromises.  But, with powerful friends behind it with a shared interest in taking down the de facto rich experience standard -- Flash is on basically every non-mobile browser out there -- HTML 5 will get better, if like any standard, slowly.  The picture: For you conspiracy theorists, a Smoking Gun: 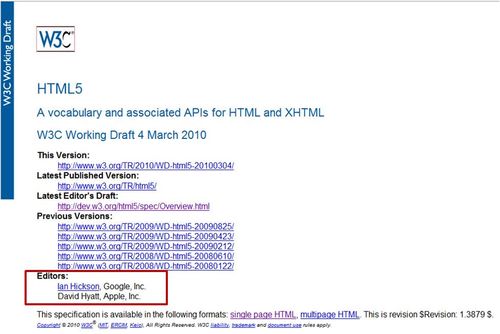 Now, those Adobe folks are pretty smart too, and they aren't sitting still.  Basically, their strategy amounts to two things:

Here's a good interview Rob Scoble did with the Adobe guys where they explain all this in 22 minutes.  Here's my graphic translation of the interview: 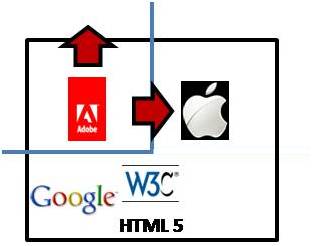 A while ago I wrote a post on strategy in the software business that forms the frame for how I try to understand what's happening.  I think it still makes sense, but I'm eager to hear suggestions for improving it!

So what?  What does this mean for the publishers who are trying to figure out how to respond to the Splinternet?  I think it makes sense, as always, to start with The User.  Is what you are trying to do for him or her sufficiently exotic (and rewardably so) that you need the unique capabilities of each smartphone's / tablet's native OS / SDK?  Or is the idea sufficiently "genius" that you don't need to tart it up with whizziness, and can accept certain limitations in exchange for "Write once, run anywhere?"

I'd predict that Adobe will make common cause with some hardware manufacturer(s) -- HP, anyone?  It will be interesting to see what Adobe's willing to trade off for that support.

Where's Microsoft in all this?

Posted by Cesar Brea at 10:46:45 AM in Analytics, Application Design, Mobile, Technology, Web/Tech

Listed below are links to weblogs that reference #Adobe: Duct Tape for the "Splinternet":