« Please Help Me Get Listed On The #Google #Currents Catalog. And Please ReTweet! | Main | #SXSW Trip Report Part 2: Being There »

Arrive Houston late.  Some lady steers my Hertz car out of space 125, toots cheerfully, and is off. (Wonder how she'll persuade the guard: "Yes, I am Cesar Brea...")  I arrange a replacement, and promptly get lost somewhere near Hobby.

Morning.  I-290 West, toward Austin; it's  monsooning.  Vaguely Quixotic: a "Dry-Force Water Removal" van blasts past me doing seventy.  Cattle line up near the road, backsides to the storm, in the bovine manner. 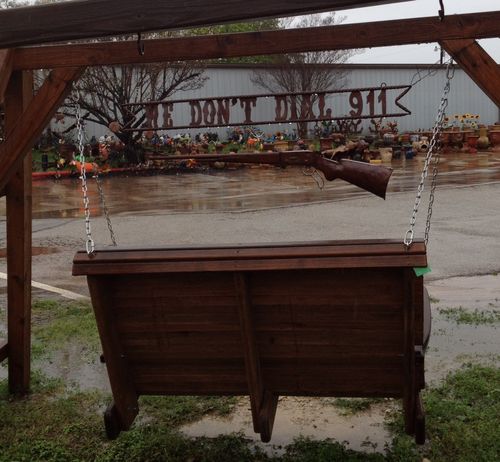 I cross the Brazos.  (Always wanted to say that.)

"We got all your outdoor needs." Even if those extend to giant welded roosters: 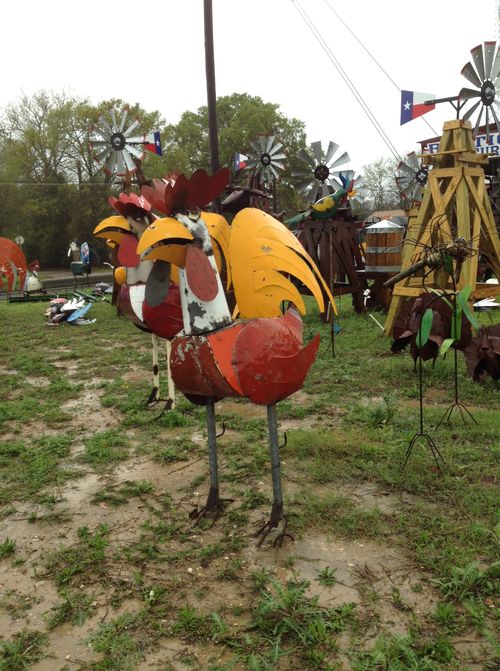 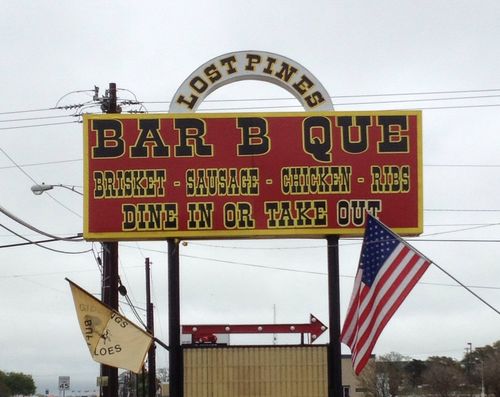 They jump into the traffic.

Doing sixty, I swerve and miss.

The tractor-trailer behind me doesn't.

Crosses, mostly singly, sometimes in bunches: "Have you found Jesus?" 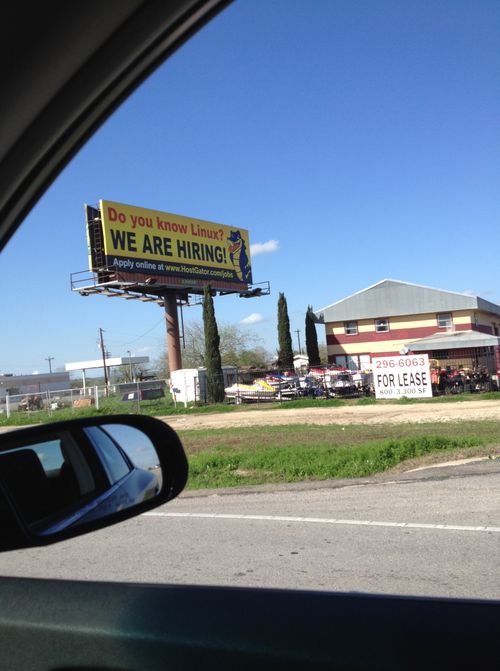